Street Plans was hired by Asheville on Bikes and The Blue Ridge Bicycle Club to implement a Tactical Urbanism project in Downtown Asheville, NC.

The efforts were kicked off in June of 2018 with a public workshop where Street Plans provided an overview of the Tactical Urbanism approach, and community members participated in reviewing design criteria. Following the first workshop, key stakeholders and potential project partners were identified. The selected partners formed the Project Advisory Committee which included partners from the City of Asheville, the AARP, and other community members. The committee reviewed project goals and selected a final design to be implemented during the first week of November 2018. A second public workshop was held in August 2018 for further community engagement and to further develop and refine recommendations tailored to local needs, as well as to target areas of specific concern.

Street Plans developed a project implementation plan for the various aspects of the installation, and assisted the client with the permitting process as well as the development of a traffic management plan and a de-installation plan. For the installation, the team focused on making public spaces more accessible, safe, and functional for all users. The implementation occurred on .3-mile stretch along Coxe Avenue, a corridor that the city had been planning to redesign in the near future. From October 31 to November 4th, the team created six new crosswalks, a .3-mile parking and barrier-protected multi-use path, and installed a 6,000 sq. ft. mural created by Sound Mind Creative to test pedestrian and bicycle safety solutions on the corridor. Four new stop signs were also installed to slow traffic at intersections, and Asheville’s first bike boxes were also installed as part of this project. The corridor maintained all parking spaces while creating sidewalk extensions that could be used as public space by pedestrians and cyclists. While this pilot project may last up to a year, it will ultimately inform the city’s redesign of Coxe Avenue in the short-term. 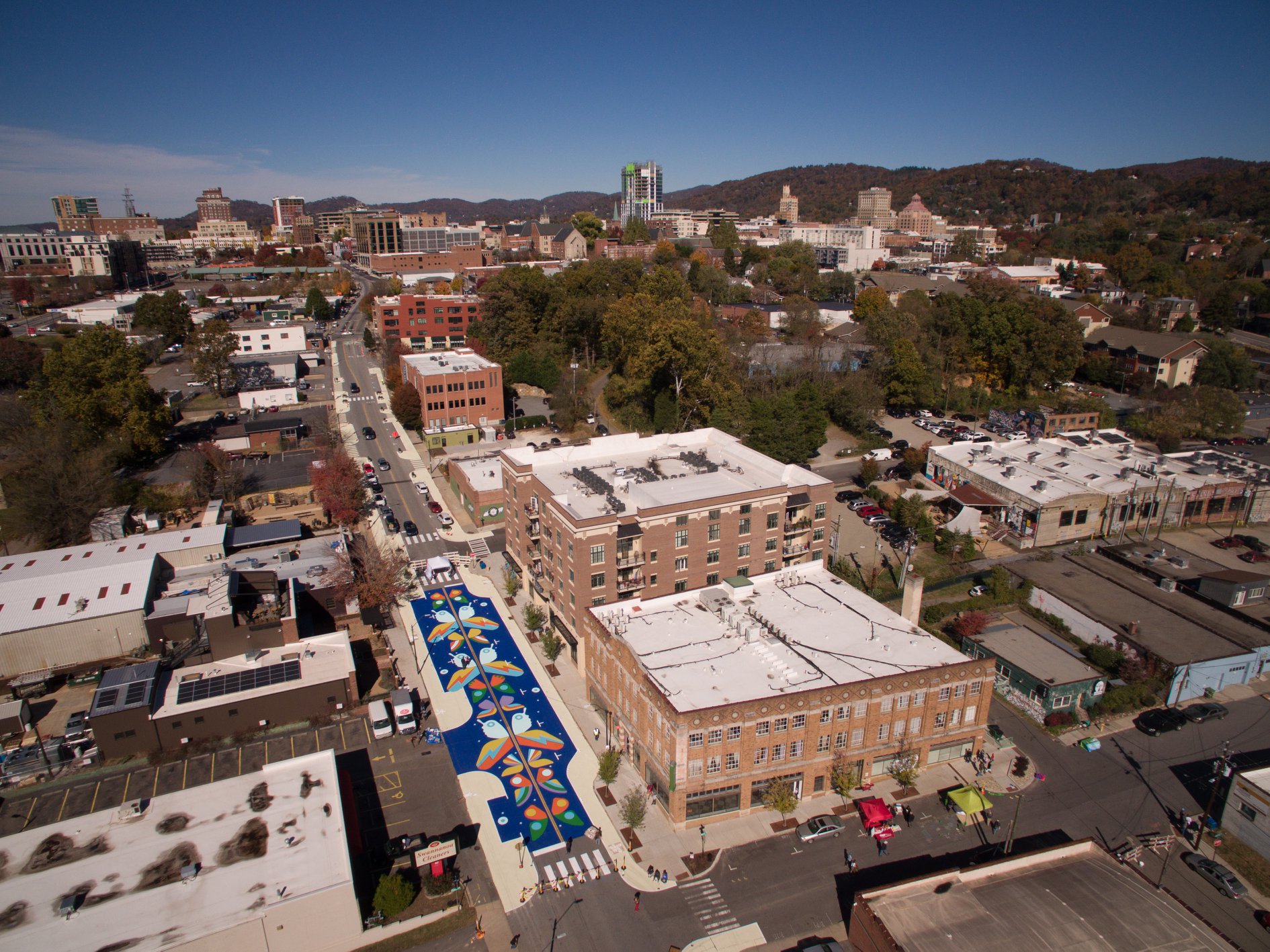 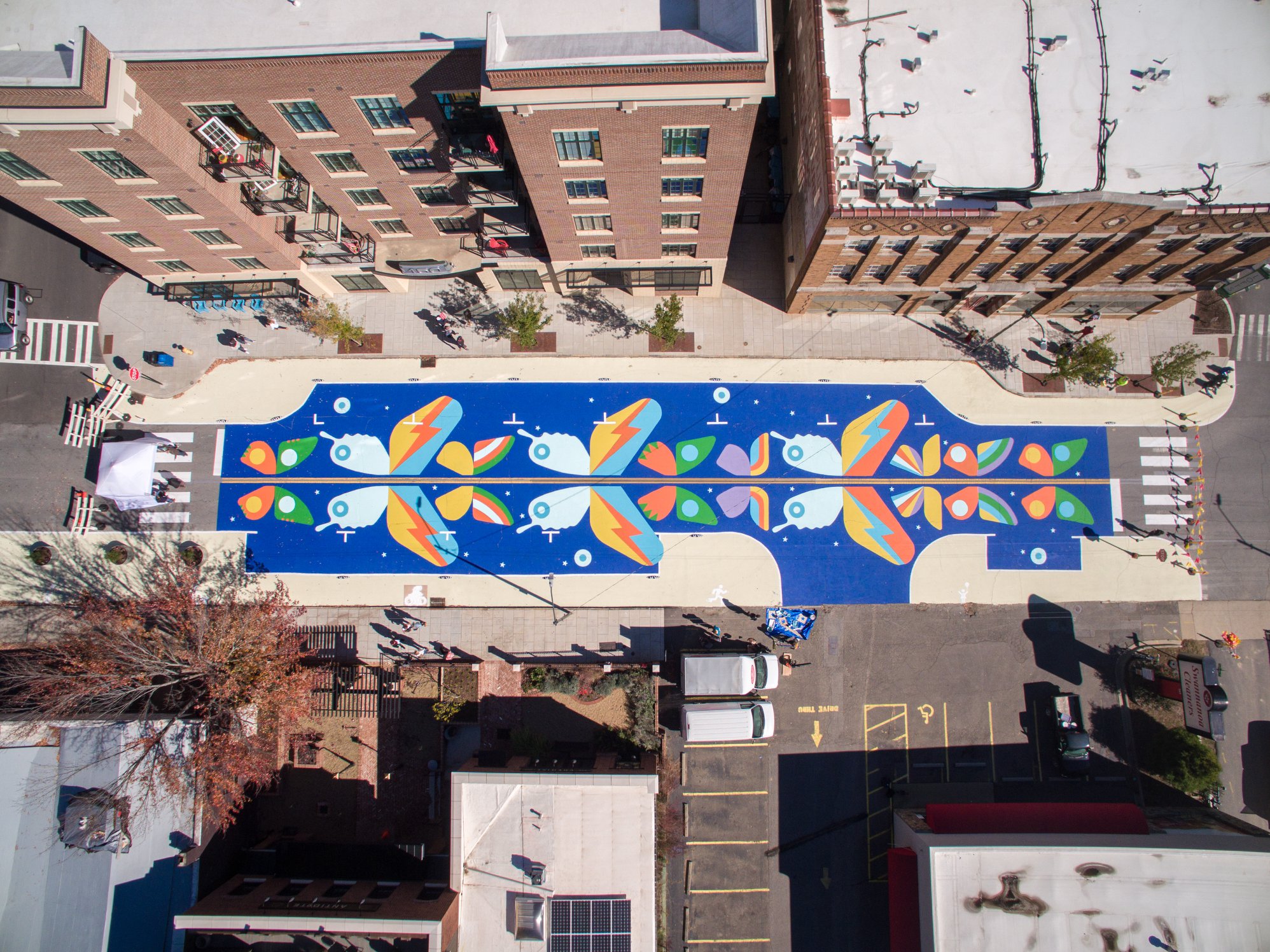 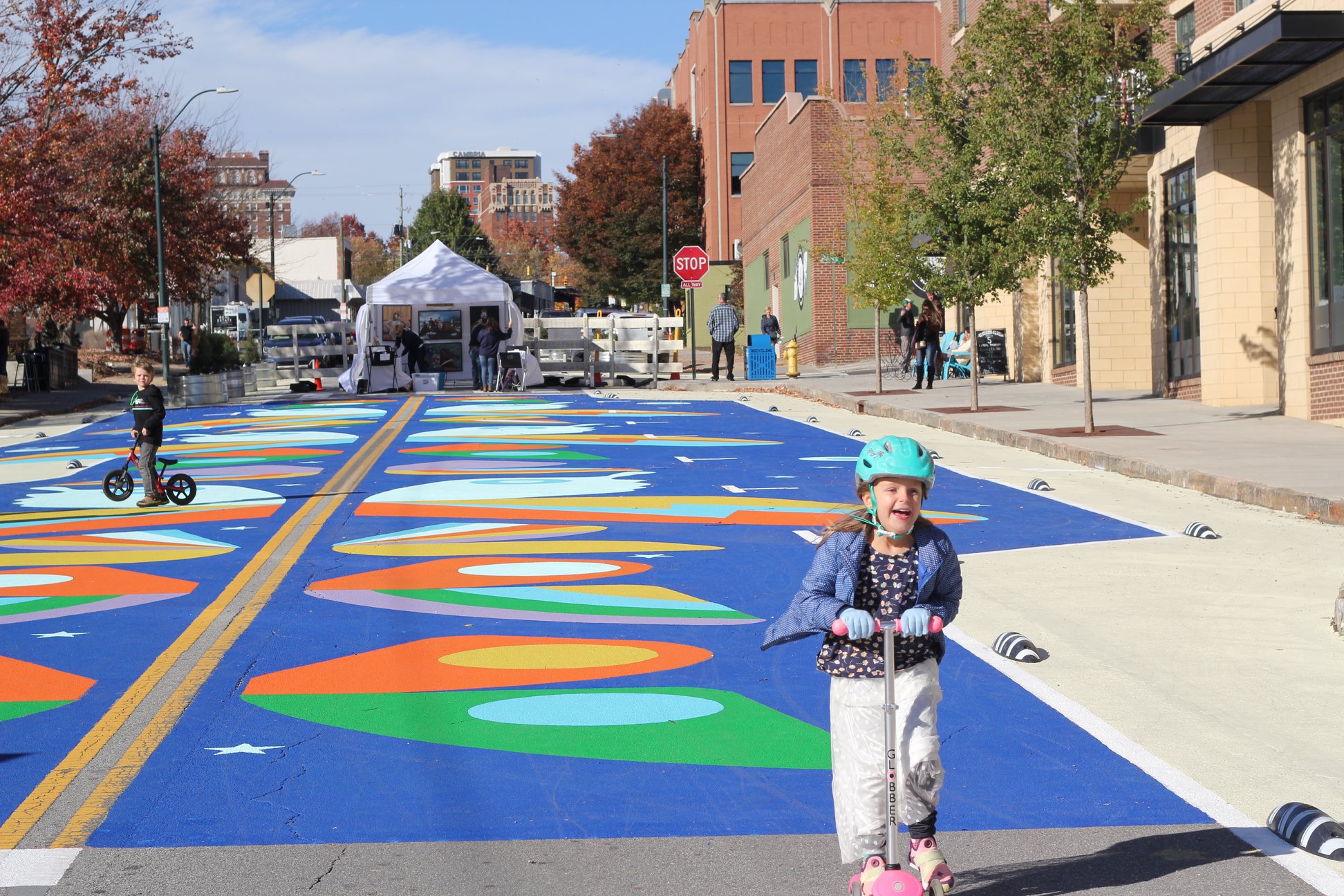 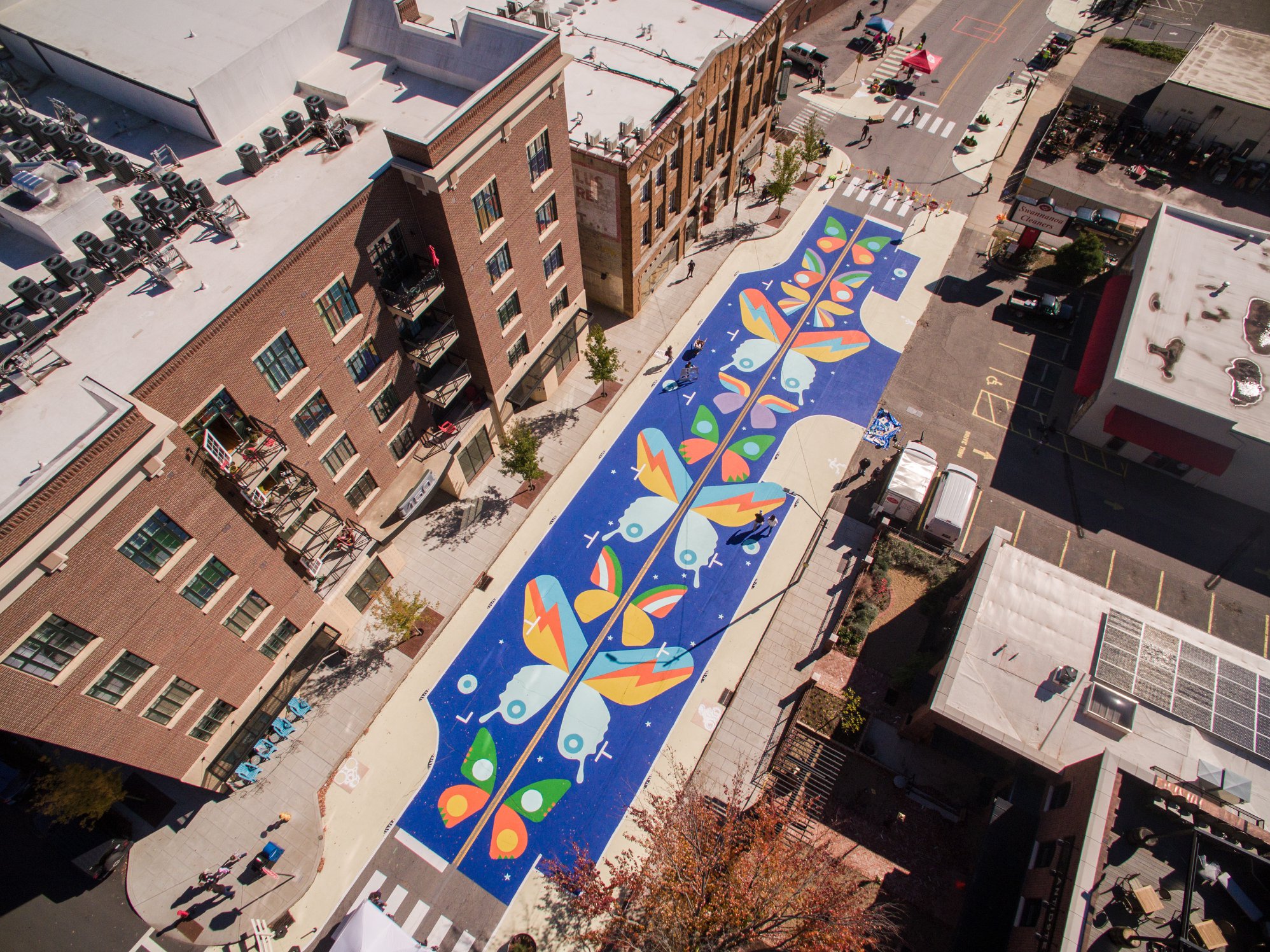 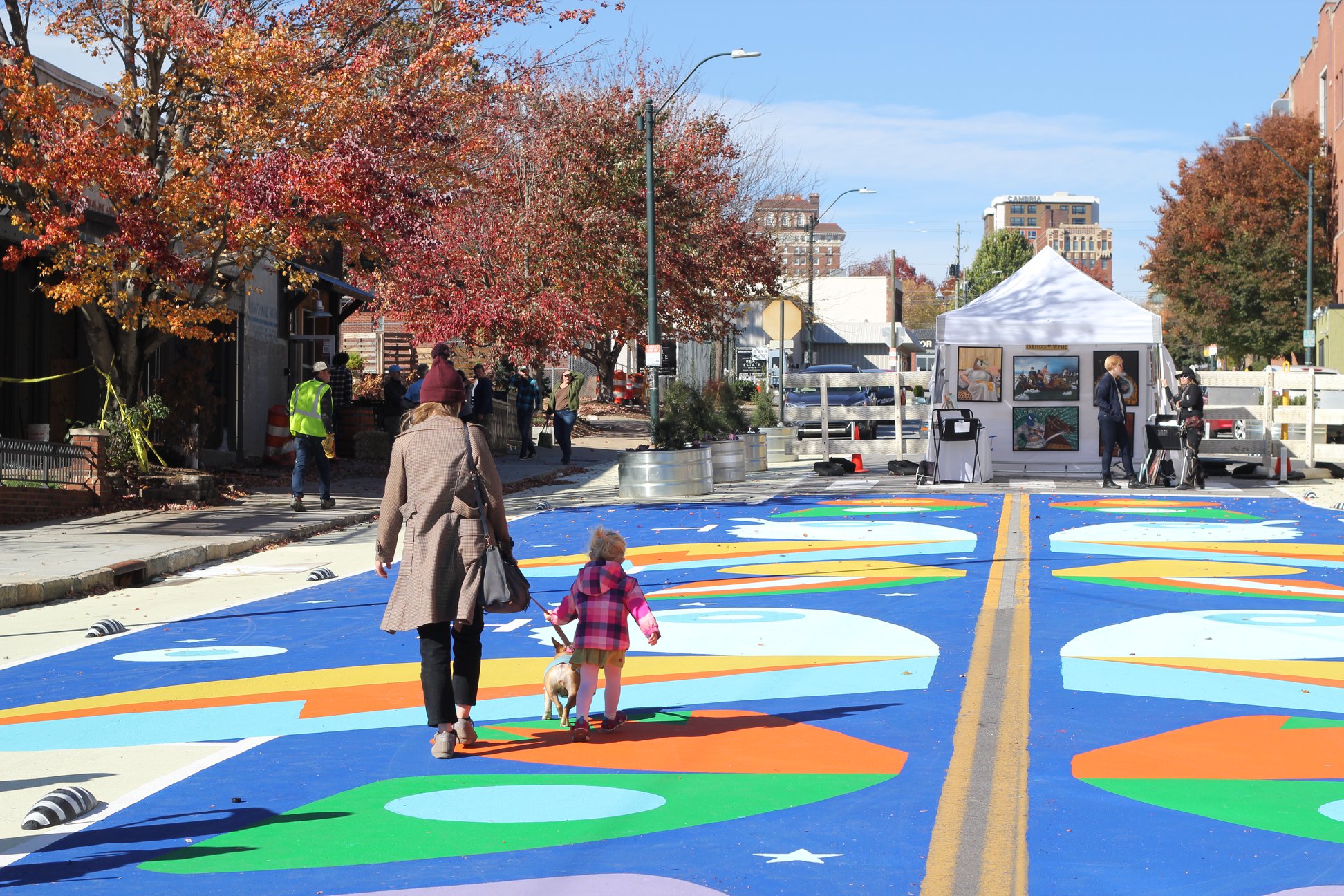 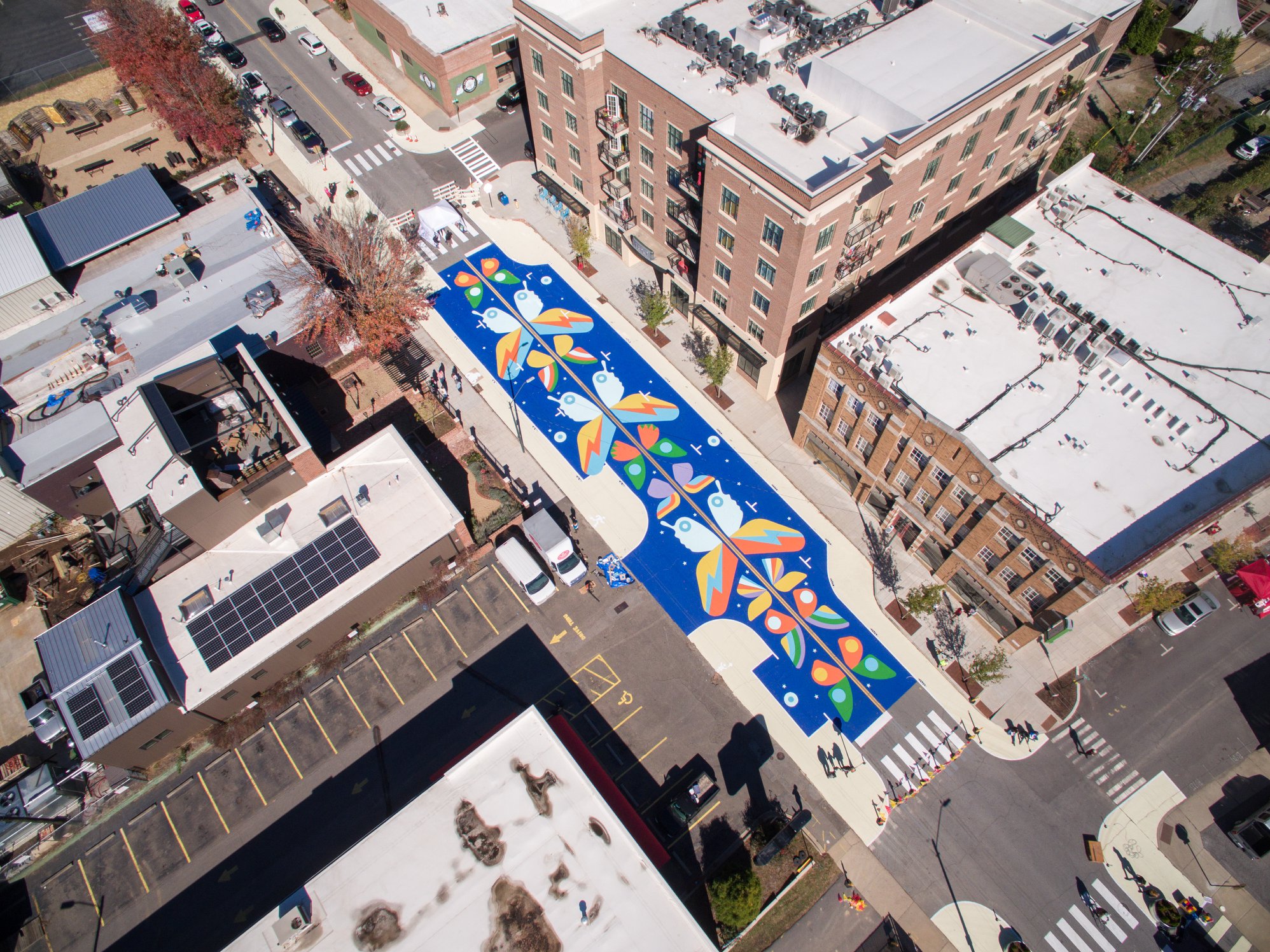 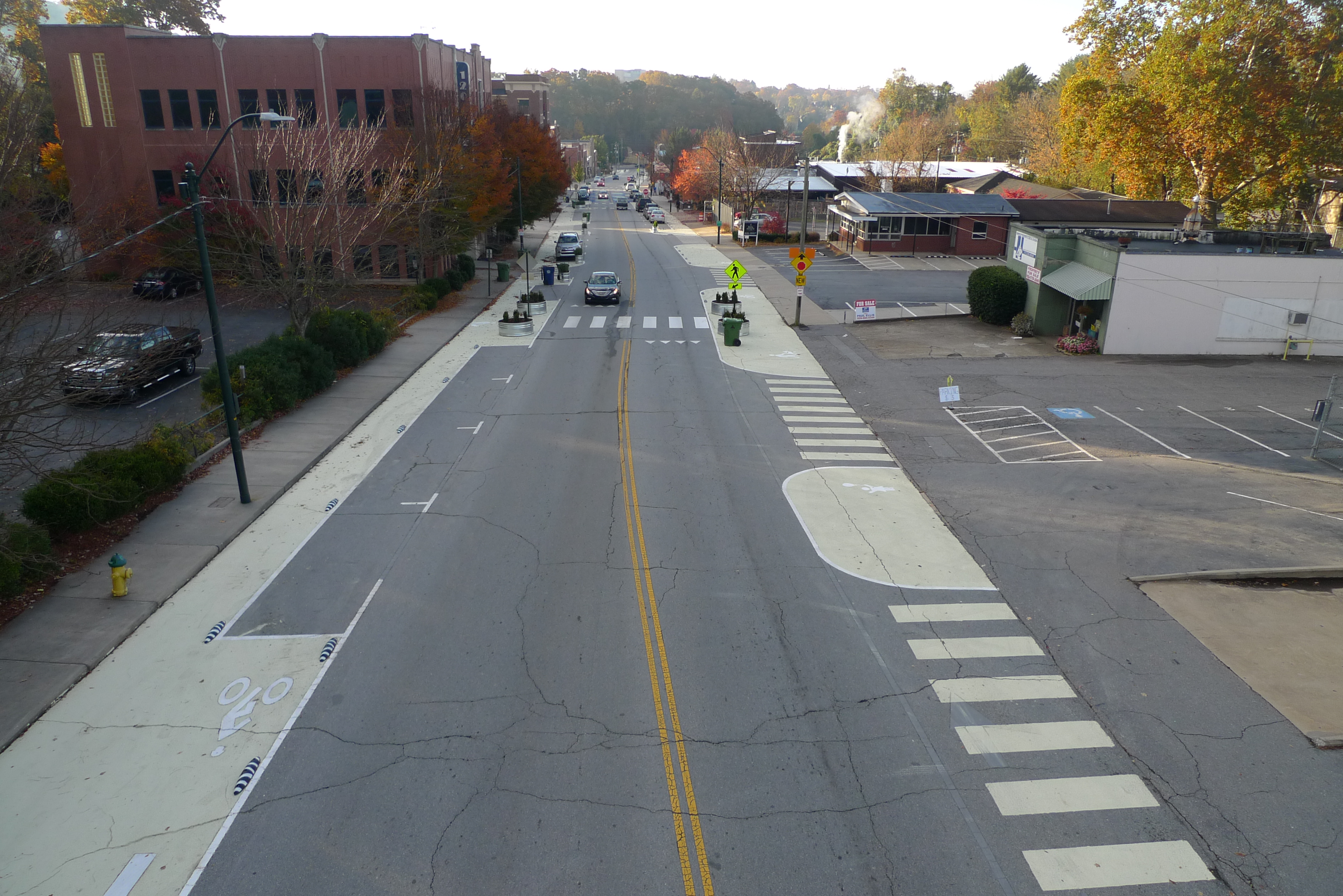 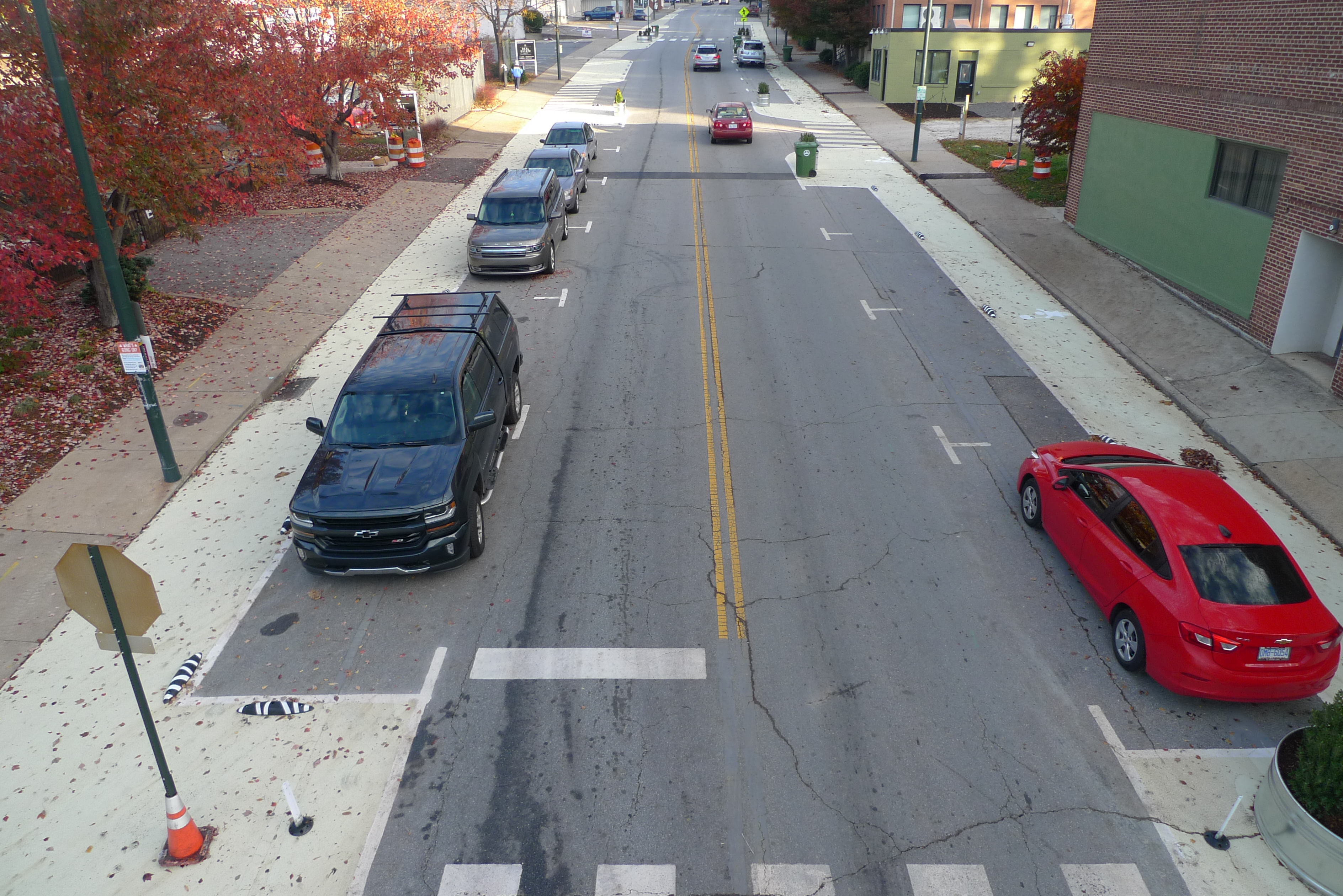 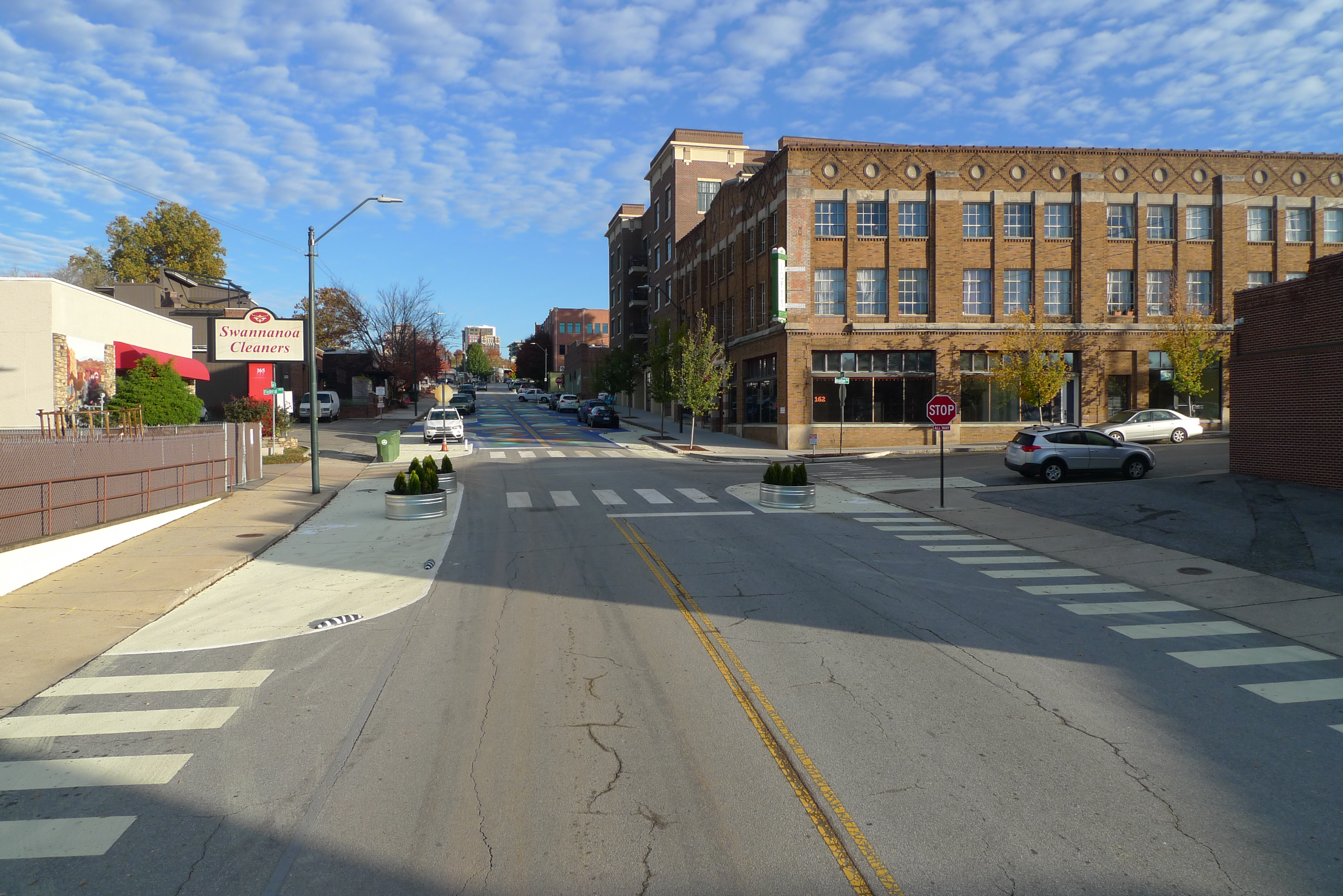 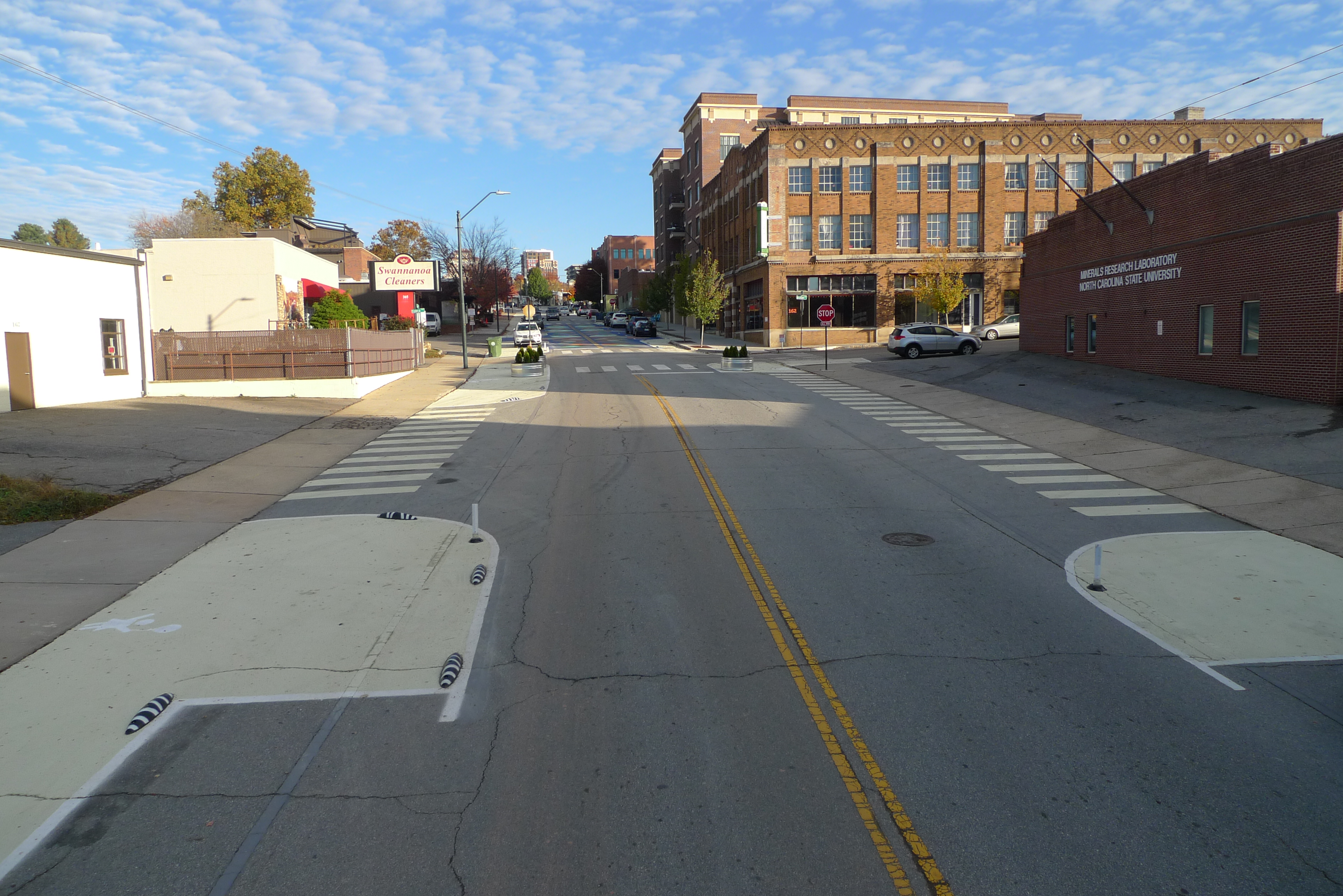 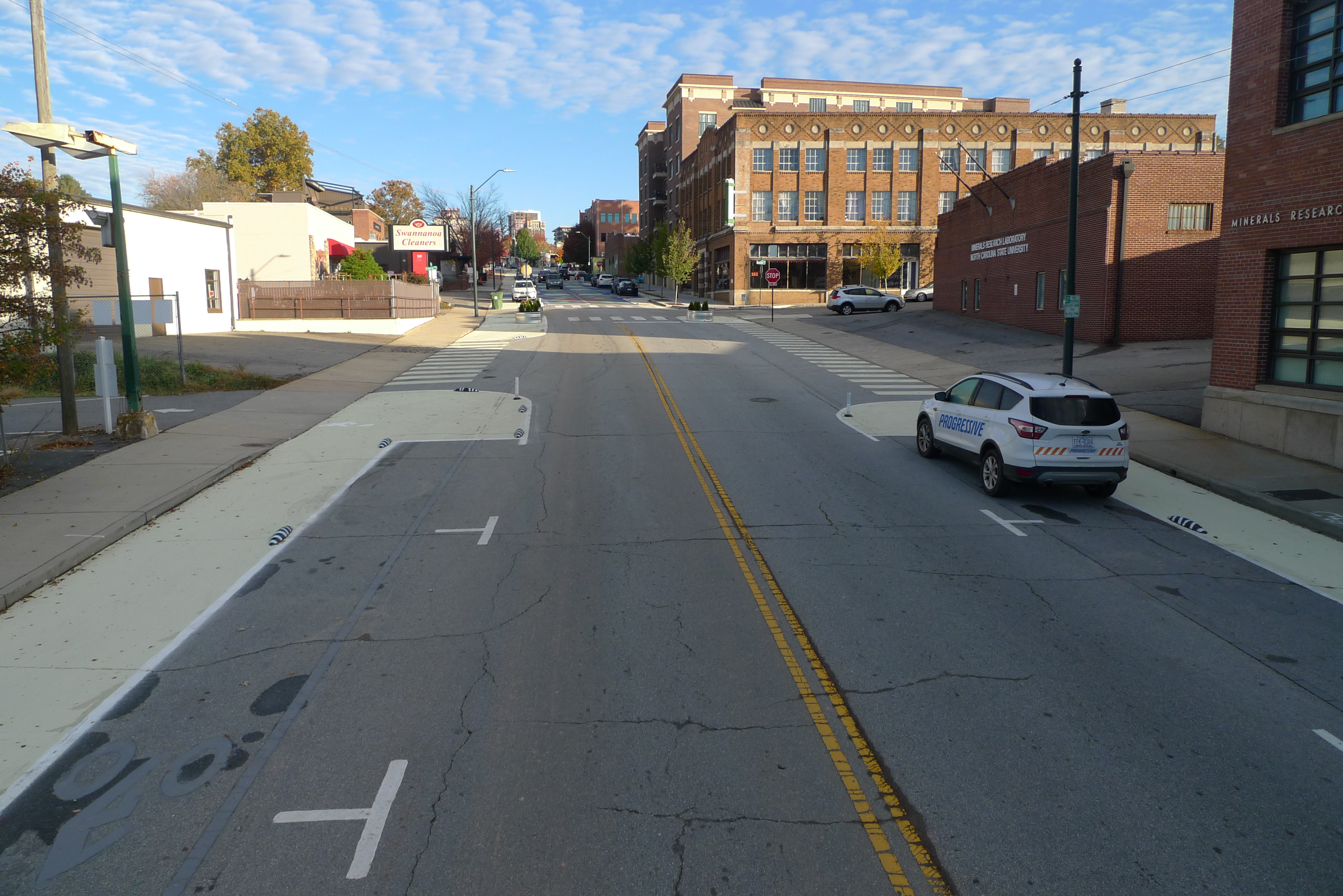 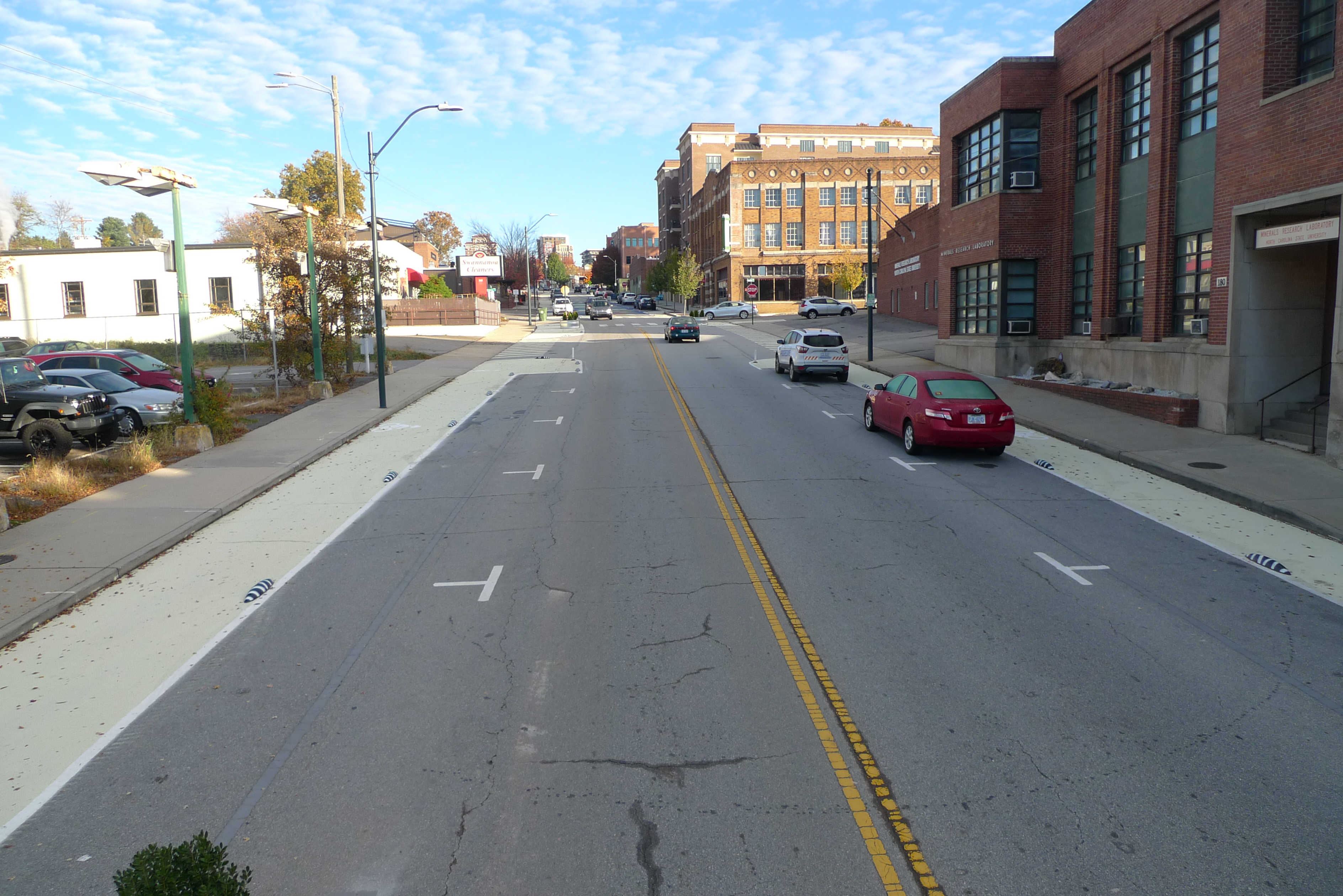 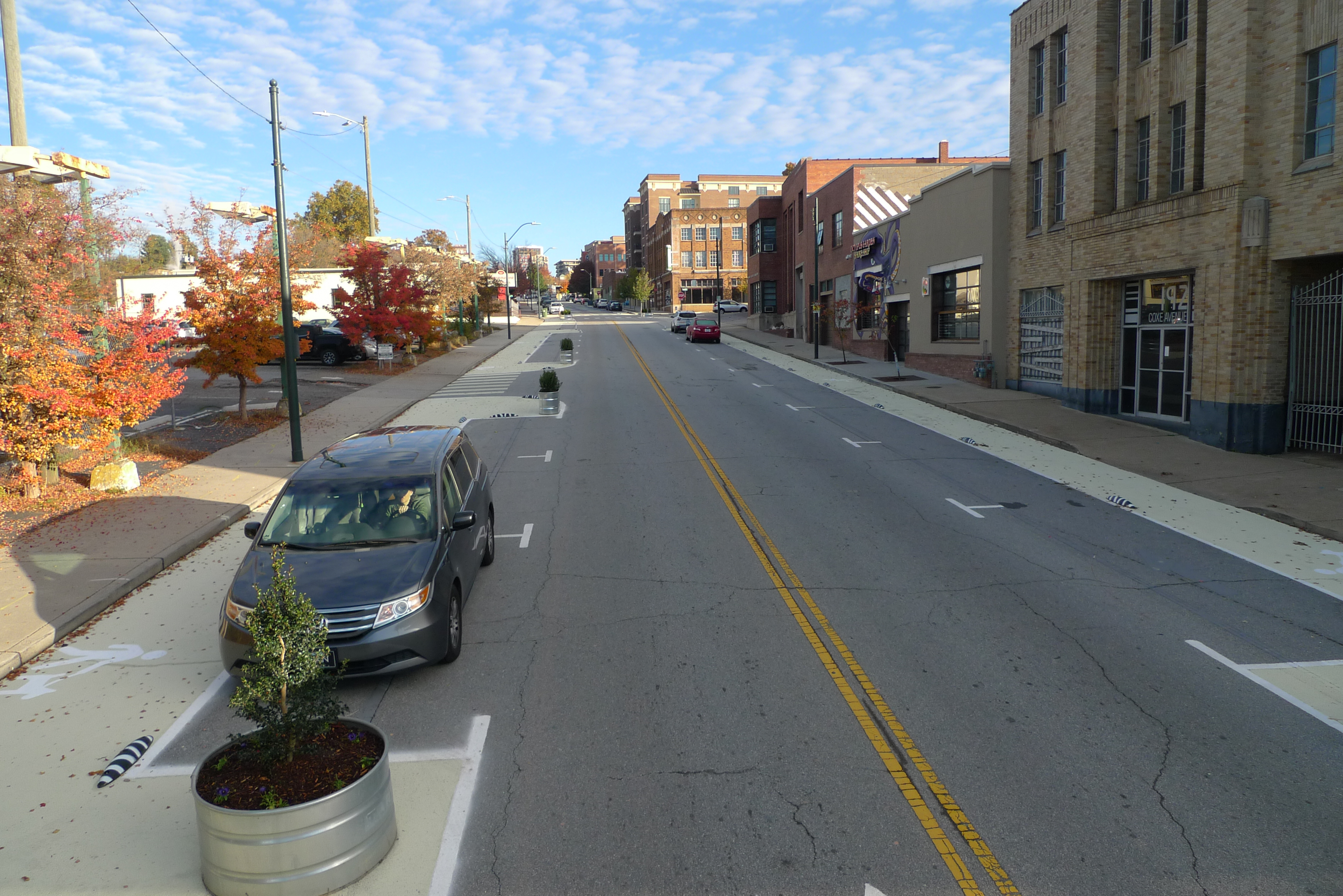 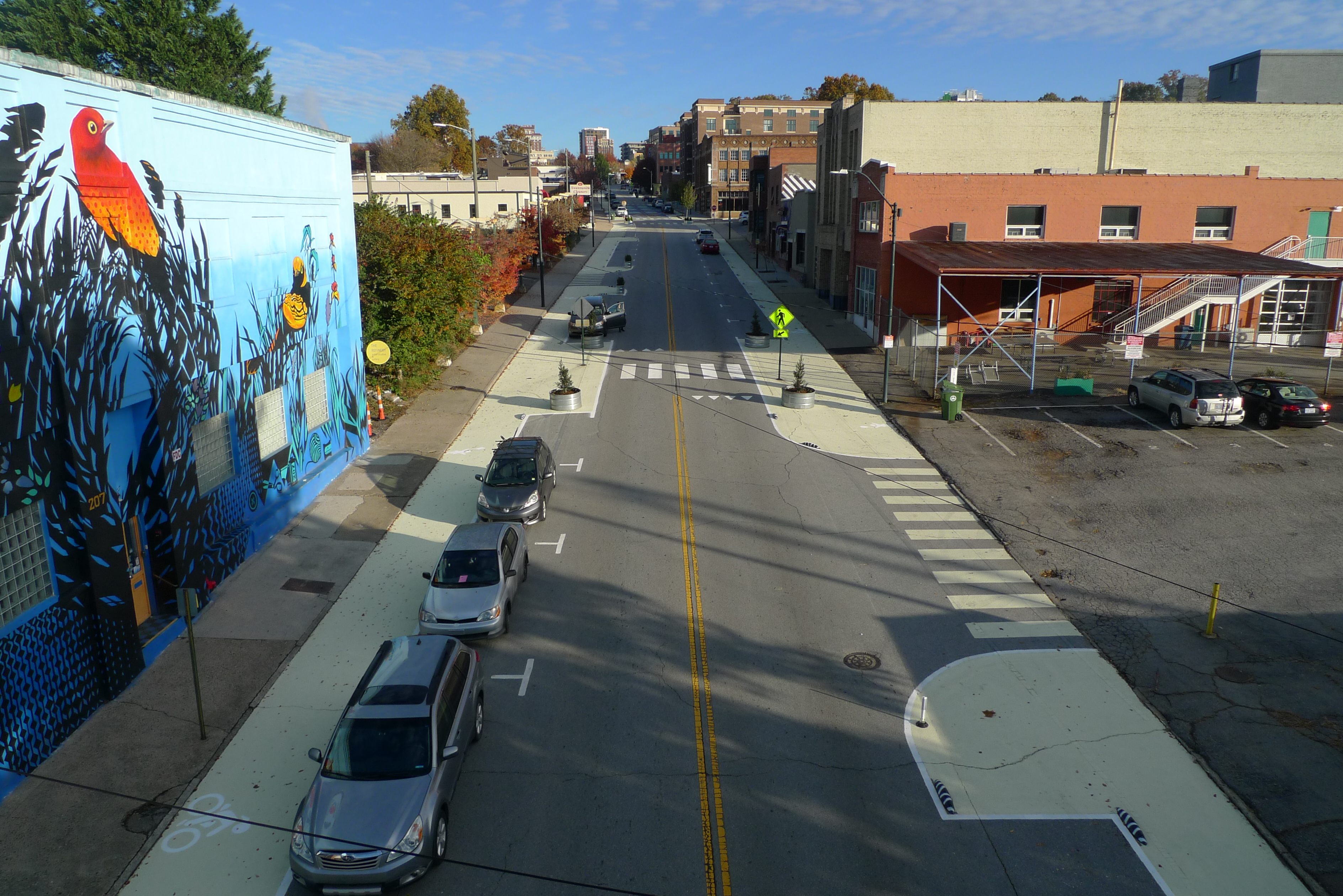 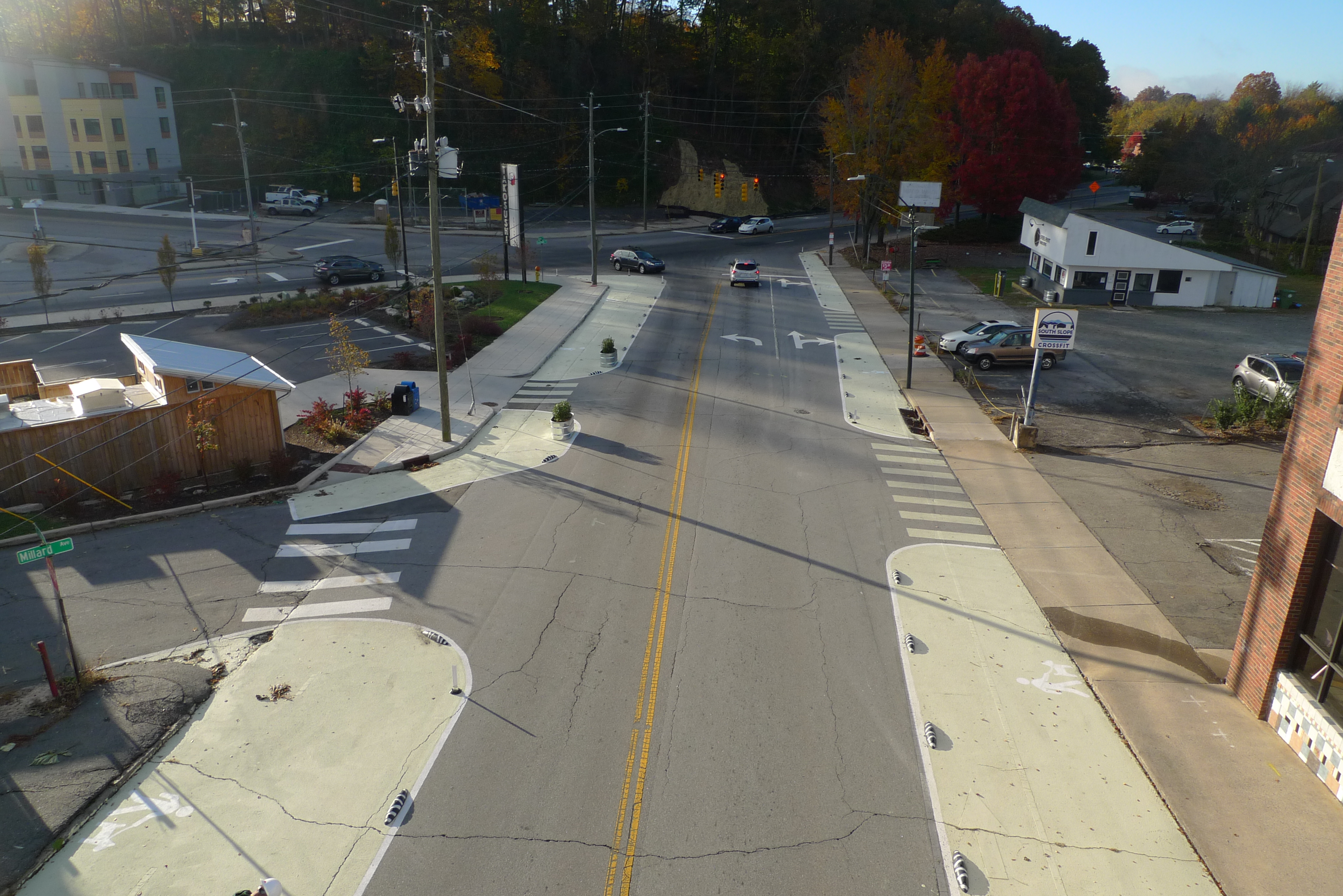